The following is an excerpt from “How to Coach Girls,” written by Mia Wenjen and Alison Foley. Foley is the head women’s soccer coach at Boston College, where she has led her teams to the postseason during 13 consecutive seasons. Wenjen is an entrepreneur and blogger at PragmaticMom.com. Mia: My oldest daughter played volleyball, and her team would huddle after every point, win or lose. It looked like a very positive thing, girls huddled up, hugging each other. Sometimes it wasn’t though. A player in the huddle might assign blame for a lost point, demoralizing the group. Since the coach is not part of the team huddle, the team culture would reveal itself in these moments, good or bad. While the coach can’t control what happens in the huddle, it’s an extension of the team culture created during practices. It’s a little like baking bread; you need all the right ingredients at the right temperature. If you do all the right things and create the right environment, the bread rises on its own.

Alison: One of my daughter’s teammates was invited to attend a national training camp. The coach told the players to kick the ball around in small groups before practice started. She approached a group and asked if she could join. A girl asked if she had been to this camp before.

“No, this is my first time,” she replied.

“This group is only for girls who have been to camp multiple times.”

The coach may not have realized what just happened, but this type of experience can make girls devalue themselves and lose their confidence. It’s definitely not the kind of chemistry that promotes teamwork. While a coach may not be aware of every conversation that happens, creating a team atmosphere of inclusiveness starts at the top. A coach needs to communicate what is important to him or her, and the team will follow this lead.

It’s the coach’s job to teach equal value of all players. Something as minor as forming small groups can promote cliques. Coaches can combat exclusion by counting off or assigning the groups during practices.

The coach should also be cognizant of who is recognized, whether it’s to demonstrate a particular skill or be the team captain. It’s really important to rotate as evenly as possible so as not to signal favoritism.

I like to create a culture of team-building by creating traditions that help to institutionalize it. I begin by making sure our freshmen feel an equal part of the team. I assign an upperclassman to each freshman in a Big Sister-Little Sister program. They help the freshmen buy their books and take them to their classes during the first week of school, and establish a bond even before the freshmen arrive at college.

However, it goes beyond just orientation. Our team knows that when we sit down to a team dinner, the six spots at each table need to be filled by a freshman, sophomore, junior and senior, with the last two spots for any year. Even though I usually don’t have to specify this, this applies also to practices when we form small groups. 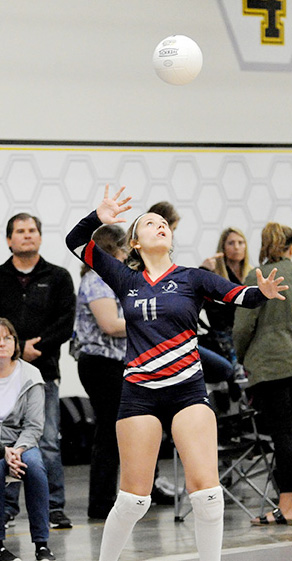 We also have Maroon and Gold Team match up, reflecting our school colors. My assistant coaches hold a draft — no trades are allowed — and each assistant leads a team. This builds a bond between the players and the assistant coaches. Each team even has their own personalized cheer.

We keep a big board in the locker room to record the Maroon and Gold competitions. Every player is included and points for your team can be won through 1-on-1 shooting or scrimmages. However, earning points for your team is not just based on skills; points are also awarded for the highest GPA, as well as trivia contests on the bus on the ‘History of Our Program,’ or ‘10 Questions on the Opponent.’ It gives the chance for every member of the team to contribute.

By awarding points to non-sports related skills, a sense of equality is created. A player who rarely gets playing time during a game can still gain points for her team. We also include points for fitness and community service, areas where players who are the least skilled can still gain recognition. I’ve noticed that the strongest players often compliment the weaker players when they are awarded points, and that helps to make everyone feel valued, improving team chemistry.

You can see the team chemistry at play during a setback in a game. Are the players giving each other positive messages? Are they holding their heads up? What is the energy level? Is it going up or down? By noticing your team’s chemistry on the field, you can give recognition to the behavior of players during the postgame meeting in order to reinforce teamwork. This signals to your players what is important to you.

For youth sports, institutionalizing team building can be a few easy activities like:

“How to Coach Girls” will be released in March 2018. Click here to order your copy.