DEARBORN HEIGHTS — Annapolis High School will not field a varsity football team this year after too few eligible players showed up for practice — a fact that will not change even though the school board agreed to suspend the district’s athletic eligibility policy.

About six or seven more boys might have joined the team if the district had been following the Michigan High School Athletic Association’s lower eligibility requirement, said Athletic Director Scott Wiemer.

Now, though, it is too late to safely field a varsity team, even if some of those players come back, he said. High school games start this week, and teams have already been practicing for weeks to condition. The junior varsity will still compete, but not varsity.

“Making the decision we made is the toughest decision I have to make as an athletic director,” said Wiemer, who filled in as varsity coach last year.

“Trust me. I haven’t slept well the last week and a half.” While a few juniors and seniors came out for football, there were not enough with the experience needed to take on the other teams in the conference, Wiemer said.

“We are playing against some teams with some real physicality,” he said.

Fewer players would also mean more playing time for those players and a better chance of getting hurt, he said.

The hope is that this year coaches will work with the junior varsity to create strong players for next year’s varsity team.

The Cougars suited up 17 players for a scrimmage at Romulus Summit Academy on Thursday, only two of whom were returning sen-ior starters.

One of those suffered a concussion and would likely have been out of the lineup for several weeks.

AHS was also forced to go without a varsity football team in 2002, and O.W.

At the recommendation of Wiemer and AHS Principal Dan Scott, the board moved to change its academic eligibility policy. Suspending the policy was the only way to take immediate action and means the district will now operate under state eligibility requirements.

To play, high school students now must be passing at least two thirds, or four of their six classes. Before, District 7 required students to also have a 2.0, or C, grade point average in the most recent marking period.

The change should also bring more students into other sports including cross-country, volleyball and basketball, Wiemer said.

The school board intends to rewrite its policy, but apparently will adopt the state athletic association standards. A new policy must be read at two different board meetings before it can be enacted, but a current policy can be suspended or waived immediately, according to Board President Phil Shannon and Trustee Virginia Morgan.

A new policy could be presented at the next meeting on Sept. 17 and then enacted on Oct. 1, Shannon said.

Scott told the board he was not looking at the issue as lowering the GPA requirement, but as a way to recruit school-of-choice students and to motivate existing students.

Wiemer said for many students athletics is a way to keep them involved and motivated to succeed in their classes.

“Not letting them play is not sending them to the library to study instead,” she said. Many struggling athletes are more likely to end up in more trouble without the guiding hand of a coach.

“When a student is in trouble like that, I’d rather see them have some structure,” she said.

Fujita noted that Annapolis has struggled to field other teams, like boys swimming.

“I’m sure you did everything you could to save our team,” Fujita said.

Wiemer said coaches called students trying to gather more for the team, but it wasn’t enough.

Scott noted District 7 used to require students have a 1.66 GPA, but that was never a state requirement. Several years ago, the threshold was raised to 2.0.

Board President Phil Shannon had some concerns about eliminating the GPA.

“I want to make sure we are not sacrificing core education,” he said.

A student who fails two classes each trimester will be well short of the credits he needs to graduate high school in four years. Without a GPA component, students need only a D- in four courses to be on the field.

Scott said he had considered several initiatives to help student athletes but was not sure about the feasibility or how receptive coaches would be.

Many have full-time jobs outside of school. One idea was to continue mandatory after-school study tables for each team throughout the year.

“It was in the third tri when those kids got in trouble,” Scott said, noting it is the football players’ spring grades that have kept them off the fall team.

Trustee Virginia Morgan said she was disappointed there was not a varsity team and wished the board had learned of the problem early enough to affect the fall season.

“I’ve always had a place in my heart for sports,” she said.

Five parents of football players also addressed the board about the problem; some pleading that AHS still try to form a varsity team.

Melissa Johnson said her son got a job to earn money so he could pay for summer school to bring up his GPA to he could play.

“It’s breaking his heart to play JV,” she said. She said at the scrimmage game there seemed to be enough players for a varsity team.

“The best times his grades were there was when he was playing sports,” she said.

Sports get kids excited and motivated about school, she said.

She, too, suggested AHS still try to field a team, even if meant working with another school like Robichaud High.

Kathy Cain said her son is a junior and 3.2 GPA student who is distraught that he cannot get a varsity letter this year.

“He’s a hard worker,” she said, but now he wants to move out of the district so he can play varsity football elsewhere.

Parent Scott McCoy, though, said he helps coach football and understands that the athletes must be conditioned before they can put on pads and safely play.

While the school and coaches have responsibility for academics, so do students and their parents, he said.

“I think the parents have got to step up,” he said.

Wiemer said he and the other coaches met for over an hour to discuss the issue, going through student by student to see who might be up for varsity.

There just weren’t enough players. He felt bad for the students, especially seniors, but the risk of injury was just too great with younger or inexperienced players. Hopefully, the team will be able to come back stronger next year.

“One year is not a death sentence,” he said.

If AHS gave up football altogether, it might be forced to change athletic conferences, he said.

Eight junior varsity games are already scheduled, and Weimer is trying to add more and maybe some scrimmage games. One of the JV games will also be homecoming.

Resident Connie Huls said she was disappointed the board voted to lower the standard and that trustees spent more than an hour on the topic when more crucial issues like bullying get much less attention.

“There’s a lot more parents that don’t have kids in sports,” she said.

Parents received letters explaining the state had named the school a Focus School because of the wide gap between the highest performing and lowest performing students. Because of that, District 7 has to allow parents the option to send their children to a different school, in this case Pardee or Bedford.

Parents seem to like Polk and hopefully understand the Focus designation does not mean it is a poor school or much different than other schools in the district. Many prestigious districts in the state, including most of Ann Arbor’s elementary schools, were also named Focus schools, she said. 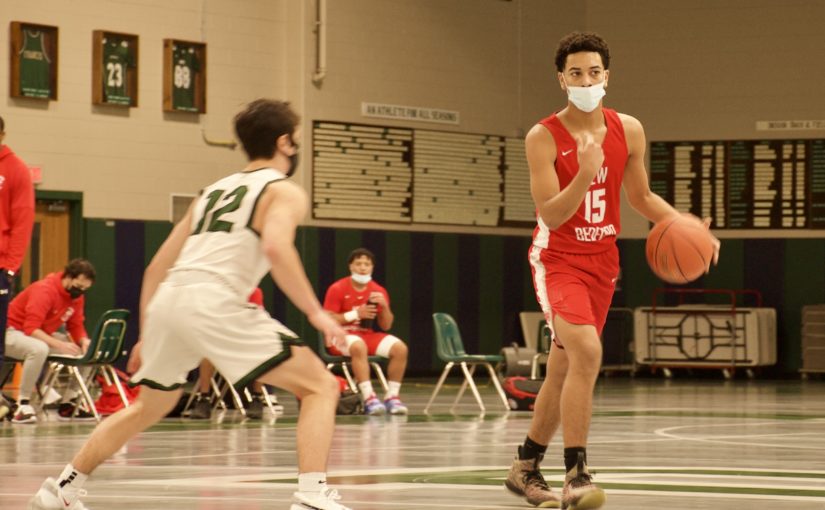