Football can lead to many injuries. It’s one of the most popular sports in the United States and leads all other sports in the number of injuries sustained, according to studies done in emergency rooms, doctors’ offices, clinics for football-related injuries and by the U.S. Consumer Product Safety Commission.

Regardless of protective equipment, the force applied to resist being brought to the ground or to bring an opponent to the ground makes football players prone to injury anywhere on their bodies. In one study, injuries to the medial collateral ligaments of the knee and the lateral collateral ligaments of the ankle account for the highest percentage of structural injuries for football players. In another study, the anterior or posterior cruciate ligament (ACL/PCL) and the menisci cartilage of the knees were the most common structural injuries. The surfaces played on and cutting motions are felt to be the causes of the high number of ankle sprains. About 17 percent of college football player injuries during competition and practice are to the knee, with a median of seven days lost in player participation. Knee injuries can also adversely affect a player’s long-term involvement in the sport.

For offensive and defensive linemen, shoulder injuries are also quite common. The labrum is particularly susceptible to injury. Also, football players often injure the acromioclavicular joint. Labral injuries may result with symptoms other than pain that may impact playing, such as lost strength during throwing a ball or shoulder instability.

Three to six days of playing time are typically lost due to most injuries.

General play results in the highest number of injuries, followed by running plays and then passing plays. Players on the offensive side are more likely to get hurt than those on defense. About 13 percent of injuries are to special teams members — point-after attempts, field goals, punts and kickoffs.

The combination of high speeds and full contact leads to injuries during football games and practice. Most injuries are acute but are not actually caused by contact between players on the field. The other leading causes of injuries, in descending order, are tackling, being tackled, blocking and the playing surface. Most injuries involve linebackers, followed by running backs, receivers and quarterbacks.

Transition periods, such as the first and second day of preseason, appear to have the most number of adverse events, such as collapse, heat illness and fatalities. Heat injuries typically occur in August when some of the highest temperatures and humidity of the year occur. Excessive sweating that depletes the body of salt and water results from intense physical activity. Painful cramping of major muscle groups initially occur, which can progress to heat exhaustion and heat stroke if body cooling and fluid replacement measures are not administered.

The top causes of death during physical exertion were respiratory conditions, complications from the sickle cell trait, heat illness and heart issues. Death may also result from significant life-changing events, such as catastrophic spinal cord injuries.

Traumatic injuries, such as concussions, are also common. Blurry vision, difficulty concentrating, numbness/tingling, drowsiness, loss of balance, nausea, dizziness and headaches are some signs of a concussion. Offensive players suffer concussions more during passing plays, while defensive players tend to get concussions during running plays.

Also, football players often suffer from lower back pain and back pain in general. Training that goes beyond the body’s ability to recover can lead to overuse and overtraining syndrome.

Coaches should know how to administer first aid and be able to apply it for sprains, minor strains, bruises, facial cuts and other minor injuries. Cardiopulmonary resuscitation (CPR), automatic external defibrillator (AED) use and first aid administration should be followed, practiced and reviewed by all on-field personnel. In the vast majority of cases, injured players must have normal strength, full range of motion, no swelling and no pain before being allowed to return to play.

Concussed players should be made to sit out games. A concussion management plan should be followed once a medical care provider clears a football player for action, and this needs to occur after the player has been removed from practice for several days, not within the same day.

Football players should ensure that they are in good physical condition at the start of the football season. There should be a general effort to gradually increase their activity level and slowly build up to a higher fitness level. During the offseason, a balanced fitness program should be followed that incorporates flexibility, strength training and aerobic exercise. A quadriceps strengthening program can help prevent some of the common causes of knee pain.

Strength training and stretching should be consistently incorporated in football players’ routines. Proper warm-up and cool-down routines should be observed. The hips, knees, thighs and calves should be stretched in particular. Cold muscles have been shown to be more prone to injury.

Football players should learn how to hydrate adequately. They should be aware of the need for fluid replacement and should be educated well so that they can inform medical staff about the symptoms of heat injury.

Players should have preseason physical examinations and follow their doctors’ recommendations, and they should wear mouth guards, pads, helmets and other properly-fitted protective equipment.

Football players should feel free to speak with an athletic trainer or a sports medicine professional should they have any concerns about conditions or strategies that may lead to injuries. 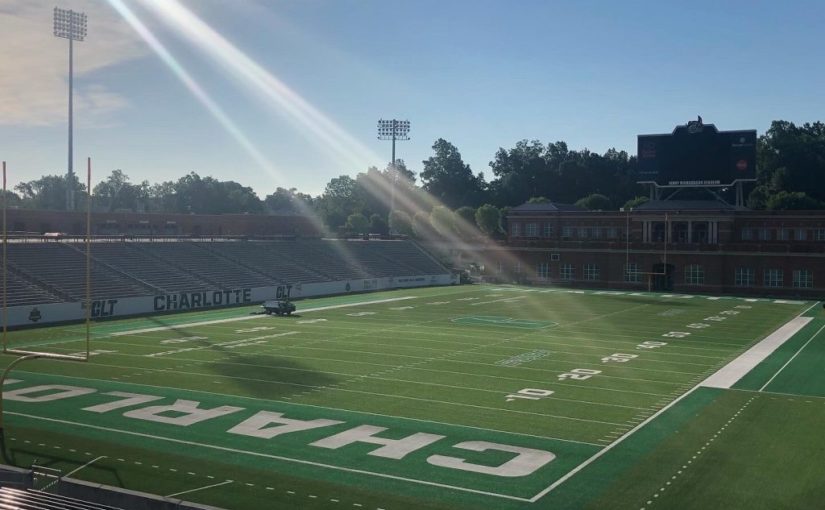