The science of altitude training The training program, the altitude and the time of exposure should be well-planned before an athlete engages in altitude training. The original method of altitude/hypoxic training was LHTH. It is still used today by sea-level athletes who complete altitude training camps at specific times during the training year. High-altitude residents, such as Kenyan and Ethiopian runners, continue to use this method.

Studies have been conducted to discover the optimal altitude for performance improvement, especially at sea level. It appears that training between 2,000 and 2,500 meters above sea level is the most advantageous for athletes. Performance appears to improve, as does the ability to use oxygen, and the volume of red blood cells appears to increase with training at this range.

The evidence is shaky, however, as there appears to be a lot of variability between parameters measured in the laboratory and parameters measured in the field. For example, although the association between training and performance appears robust in controlled settings, in the field, the association becomes less clear, with a large variability noted even among athletes who trained within the altitude most expected to improve performance. There may be more confounders that come into play when measuring performance in the field, as opposed to measuring it in the laboratory.

Furthermore, the various parameters thought to lead to improved performance in athletes — such as red blood cell volume — do not correlate well when measured on the field versus when they are measured in controlled settings. Aside from the increased confounders on the field, there may be more physiological factors apart from red blood cell volume or the ability to use oxygen that contribute to improved performance in athletes after living and training at an elevation.

It has been known for more than a century that people who live at a high altitude have more red blood cells. Studies indicate that it takes about four weeks of living at an altitude of 3,000 meters or higher to get a significant increase in red blood cell volume. That’s higher than the 2,500 meters above sea level often recommended for altitude training. However, there are studies that suggest that three weeks at slightly more than 2,000 meters may be enough, as long as the altitude exposure lasts more than 12 hours a day.

The mass of hemoglobin in the blood appears to increase by 1 percent for every 100 hours of exposure to a height of 2,000 meters or more above sea level. Other studies have shown that altitude training for 300 to 400 hours results in an increase in hemoglobin mass that lasts for three weeks. It appears that about 98 percent of athletes will experience a hemoglobin mass increase after only 100 hours of training at an altitude. As with most studies about altitude training, the data on whether or not hemoglobin mass correlates with performance at all remains unclear because of the wide variability of results, depending on the circumstances of how performance was measured in the first place.

The data appears to indicate that hemoglobin mass responds to altitude plateaus, meaning that athletes who actually live at an altitude will have greater hemoglobin mass than those who live at a sea level. However, this mass is only about 10 percent higher, regardless of any further increase in elevation.

Within the same athlete, the response to the same length of time training at the same altitude may differ at each occasion. This is because there are factors that contribute to hemoglobin mass other than the altitude itself and the time spent training at that altitude. These factors may include, but are not limited to, the diet of the athlete, training variations, injuries, illnesses or conditions such as iron deficiency. There is almost always an increase in hemoglobin mass, but the level of increase may vary widely.

Any altitude training intervention must provide performance enhancements for it to be worthwhile. A combination of altitude exposures is usually employed by athletes and coaches in the hopes of gaining a competitive edge.

LHTL appears to increase the ability of athletes to use oxygen, increase hemoglobin mass and improve performance time on a three-kilometer run. Well-trained endurance runners in particular received the same advantage every time they employed a LHTL regimen for three weeks at a time, separated by a long period of time in between.

The ability to use oxygen improves at the same reproducible rates when athletes are exposed to the same altitude for the same length of time. The increase in hemoglobin mass also appears to be reproducible given the same conditions. However, these improvements do not necessarily result in proportionally greater improvements in time trial performance.

In swimmers, the hemoglobin mass appears to increase; however, for some reason, performance decreases when swimmers are exposed to either LHTH or LHTL regimens. This is somewhat unexpected because it has been shown repeatedly that performance is enhanced in runners and cyclists when hemoglobin mass is increased with the use of erythropoietin. Conversely, performance appears to falter when blood is lost or the production of hemoglobin is blocked.

Given that the results are different for swimmers when compared to runners or cyclists, it is believed that there must be some mechanism — which does not involve blood characteristics and leads to enhanced performance after altitude training — that for some reason is not present in swimmers. There appears to be a large individual variation in swimmers; some swimmers may benefit from altitude training, whereas others may not.

Swimmers who train at an altitude do not seem to swim substantially faster than those who do not. It may also be that the altitude exposures used for runners and cyclists are not sufficient for swimmers. More studies are definitely needed to uncover the differences in the effects of altitude training on athletes of different sports.

Changes in hemoglobin mass and the ability to use oxygen do not necessarily translate into proportional changes in endurance performance. Changes in these parameters can be repeated, although performance when measured appears to vary more. Runners and cyclists in particular seem to gain the most benefit. Performance may actually be affected adversely by the sedentary and confined living conditions that altitude trainers usually have, so much so that the benefits of increased hemoglobin mass and improved ability to use oxygen may be negated.

Between males and females, hemoglobin mass differs by about 4 percent, and this difference is accentuated by 3 percent when they train at an altitude. All in all, the efficacy of altitude training relative to sea-level performance remains controversial from a research perspective. However, it is unlikely that athletes will ever stop using it in preparation for elite level competitions. For elite athletes, any physiological change that may lead to a performance advantage, no matter how small, may mean the difference between a gold medal and a silver one. 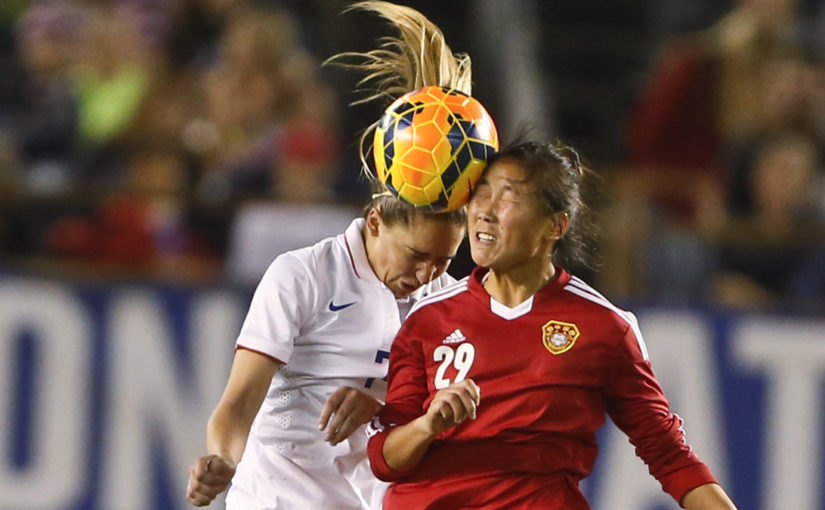