Solutions for 7 common problems on your team The reason we’re all so impressed with coaches like Russ Rose, John Wooden and Phil Jackson is not just that they’ve been tremendously successful in terms of wins and losses. It’s more that they’re able to navigate the normal ups and downs of teams and seasons, seemingly without missing a beat.

There’s a great article at the Harvard Business Review’s blog called, Let’s Talk About Culture Change, and it talked about things that can be done to create the culture that you want. After reading it, I brainstormed a list of common problems on teams and ways to solve them. Here’s what I came up with.

No. 1: Your team has player drama.

This one is tricky. Players sometimes fight, talk behind each other’s backs, or are not willing to work together. Drama generally starts when players have a conflict but refuse to actually speak with each about it. They then go about building alliances with their other teammates, forcing everyone to choose sides.

Coaches must insert themselves into these situations and force the two athletes to talk it out. It’s really that simple, because it’s likely just a problem of communication. Force them to confront their issues, instead of letting them fester.

No. 2: Your team keeps losing.

This one is painful. Not too many professions have to live out their successes and failures in public like coaches do, but it’s the path we chose.

Chronic losing is touchy, because it’s generally the culmination of a lot of things going wrong. I would go back to my coaching philosophy and share it with my team. The purpose of a team is more than getting together to play games; it’s teaching teamwork, leadership and goal setting. Revisit your team philosophy and get back to basics — everyone loves the feeling of a fresh start.

No. 3: Your team leaders haze newbies.

So, your captains and leaders are picking on your young players in the name of team chemistry? I think we all recognize that the excuse “it was done to me, so I’ll do it to others” is weak and flawed, right? 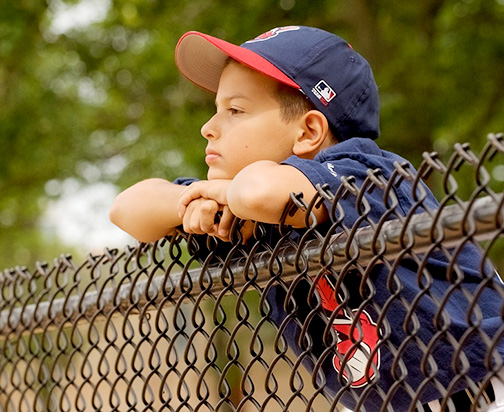 I think it’s difficult to burden newbies with grunt work and then say we’re all in this together. I’m not saying that there shouldn’t be perks to putting in your time on the team, but that’s a different conversation than saying there should be liabilities associated with being new. Hazing incoming players risks creating a divide in the program, so get your players to understand that they’re only hurting the team in the long run.

No. 4: Your players don’t take the team seriously.

We sometimes see this on middle school teams where everyone’s forced to be on a team and also on teams at all levels with their non-starters. They know they’re not going to play or it’s just not that important to them, so they don’t eat appropriately, they don’t get enough sleep, or they stay up all night before the big game.

Coaches have to give every player a legitimate role, even if they’re not getting time during games. We have to give each player a reason to invest their time and energy into the betterment of the team, or we’ll lose them. Your bookworm players can break down stats, your future coaches can track opponent tendencies, your extroverts can make sure you guys are the loudest team in the gym. There’s something for everyone, so make an effort to get them invested.

No. 5: Your team isn’t competitive.

I’m sure you’re wondering why anyone would want to be on a team if they don’t want to compete. Well, there are many reasons. They may want to get in shape, their friends may be on the team, they may enjoy the sport — they just don’t like the competitive aspect of it. Coaches of these teams should find out what motivates the players on their team. Once you find out what it is, you can start to incorporate competitiveness into the mix and show them that competition isn’t negative, but very positive and fun.

No. 6: You and your assistant coaches aren’t on the same page.

This one is no good, especially if your players can tell. You guys don’t want to be like feuding parents, being played against each other by your team.

When you hire assistants, you must thoroughly explain your philosophy and style. That way, they can support you even if they don’t agree with everything. Weekly meetings help everyone stay on the same page, and being a head coach that’s open to new ideas keeps your assistants focused and upbeat.

No. 7: Your players don’t connect with you.

I’m not saying that you need to be Facebook friends with your team — I actually think that’s a bad idea. Coaches are in a power position, so there’s no real way to be friends with your athletes. That doesn’t mean we can’t be intentional about connecting with each of the players on our teams.

The best way, in my opinion, is to connect with things outside of sports. That way, they’re more willing to listen to you when it’s about the game. Talk to them about their classes, their boyfriends or girlfriends, the clubs they’re involved in on their own time. Even better? Go to their performances or competitions. They’ll appreciate it.