Nutritional Value: Five hydration mistakes and how to correct them

Life is full of daily challenges. Staying hydrated shouldn’t be one of them. If you struggle to make sense of the seemingly ever-changing advice on what, when and how much athletes should drink, especially while on the move, join the club. Even the mantra “drink before you’re thirsty” is no longer valid. Giving fluid-replacement advice to athletes based on research-based guidelines, however, will keep athletes safe and help them avoid five common hydration mistakes.

In other words, the oft-repeated rule that everyone must drink eight 8-ounce glasses of water daily is incorrect. In reality, fluid needs vary widely, both from person to person and from day to day.

To prevent the harmful effects of acute dehydration, The Institute of Medicines’ Food and Nutrition Board’s general recommendation for a daily Adequate Intake (AI) for total water is 91 ounces or 11-plus cups for young women (ages 19 to 30), and 101 ounces or about 13 cups daily for young men. Total water comes from a combination of drinking water, beverages (caffeinated drinks count, alcohol does not) and food. On average, fluids (drinking water and other beverages) fulfill 80 percent of our total daily water need, with the remaining 20 percent coming from water contained in food.

Educate athletes to include nutrient-rich beverages daily, such as 100-percent fruit and vegetable juices (high in vitamins A and C) and low-fat milk (rich in calcium, vitamin D and protein). Meal replacement beverages and sports (electrolyte replacement) drinks conveniently deliver the energy, carbs and electrolytes that are required before, during and after prolonged or intense exercise.

A one-size-fits-all approach to rehydration fails to take into effect athletes’ variable sweat rates (due to genetics and fitness level, for example), and can be especially dangerous during prolonged exercise or during intense heat.

During exercise, the amount an athlete needs to drink depends on how much fluid (primarily from sweat losses) needs to be replaced, regardless of well-intentioned group guidelines. In fact, one-size-fits-all rules for drinking during exercise are out. Major authorities like the Academy of Nutrition and Dietetics, American College of Sports Medicine (ACSM) and the National Athletic Trainers Association have all moved away from giving definitive formulas to athletes about how much to drink while exercising.

Educate athletes on the effects of dehydration on athletic performance and empower them to take personal responsibility. Daily fluid needs are influenced by an athlete’s personal physiology, the intensity and duration of workouts, their fitness level, as well as clothing choices and any equipment worn during exercise (all greatly influence sweat rate), and environmental conditions (heat, humidity, and wind).

A simple and effective rule of thumb to teach athletes: pay attention to the color of their urine throughout the day. If it’s dark yellow (straw-colored), it means the athlete isn’t drinking enough.

A bathroom scale also can be useful. Have athletes weigh themselves right before and immediately following exercise. Educate them to drink at least 2.5 cups to fully replace every pound lost during the workout. If an athlete routinely drops more than two percent of their body weight during a single bout of exercise (e.g., about three pounds for an athlete weighing 150 pounds), they need to do a better job at meeting their fluid needs during exercise.

3. Drinking too much plain water.

Drinking too much water can lead to more than just frequent bathroom trips. It also can lead to hyponatremia, a potentially dangerous condition when the level of sodium in the blood is diluted (falls abnormally low). Sodium is a vital electrolyte, and it helps the body to regulate the amount of water in and around cells. When sweating, both water and sodium are lost. Hyponatremia can arise during or following exercise from over-drinking — that is, relying on water or other low-sodium drinks to replace fluid losses which then dilutes the remaining sodium in the blood to a dangerously low level.

Signs of over-hydration during or following exercise include nausea and vomiting, feeling dizzy or confused, swollen hands and feet, a throbbing headache, and a bloated stomach. Rapid weight gain during exercise is a definite red flag that the athlete is overdrinking. Athletes engaged in physical activity lasting longer than four hours are most at risk, however, any athlete who is hyper-vigilant about pre-hydration, especially if following a low-sodium diet (or who is under-eating), can begin exercise with a decreased blood-sodium level.

Salty sweaters (visible white markings on clothes or skin) also need to have a plan to replace sodium losses during exercise. Female athletes, in general, are at greater risk of hyponatremia due to a smaller starting blood volume, as well as an increased likelihood of following suggestions regarding the need to hydrate.

To protect athletes from the hazards of both over- and under-drinking, they should drink only when thirsty. Educate athletes to drink to stay hydrated, but don’t overdrink. (Urine should be pale yellow in color, not clear like water).

Active teens and adults, especially salty sweaters, also need more sodium daily to replace all of the sodium lost during training. Be certain your athletes (especially females) know this. Support strategies such as eating salty foods, and using the saltshaker, as well as consuming sports drinks (with at least 110 milligrams of sodium in 8 ounces) when appropriate.

As athletes move up to the next level, they will likely experience increases in the amount, frequency and duration of training sessions and competitive efforts. Very often, we give little time and attention to updating and monitoring hydration protocols.

Individual sweat rates and personal responses to different fluid amounts, as well as new or different environmental factors (hot weather) and sports dynamics (e.g., rest breaks, fluid access) pose challenges to athletes, as well as those responsible for their health and safety.

Coaches can mandate rehydration during practice and competitions, just as they require other drills and conditioning activities. Practice with sports drinks and drinking techniques during training before relying on them during a competition. A weekend tournament is not the time to find out that no one likes the taste of the purple sports drink. Stick with the science when advising athletes and have a scale available to assist athletes in monitoring their weight before, during and after exercise.

Athletes often shortchange themselves by fearing sports drinks, using them incorrectly or are told by coaches to avoid them. A well-designed sports drink intended for use during exercise is supposed to contain sugar (carbohydrate) and an ample amount of sodium. Carbs, stored as glycogen, are the body’s preferred fuel during exercise, and the only fuel it can burn during more intense or anaerobic efforts, such as attacking runs, all-out efforts and sprinting for the finish line.

Glycogen stores are limited, so supplementing with carbohydrate is a real performance booster for athletes engaged in intense workouts, sessions lasting longer than 60 to 90 continuous minutes or when undertaking multiple hard efforts over the course of a day or two. Salt is added to sports drinks to enhance our drive to drink during exercise, improve the absorption of carbs and replace the sodium lost via sweat.

Athletes need to train their stomachs just like they train their muscles and their minds. Lead the way by delivering credible information about the use of sports drinks during exercise (30-plus years of solid research supports their use) and by providing access to optimal rehydration solutions (water plus carbohydrate plus electrolytes, namely sodium) during workouts.

Suzanne Girard Eberle is a board-certified sports dietitian and the author of Endurance Sports Nutrition (third edition, 2014). Find her at www.eatdrinkwin.com. 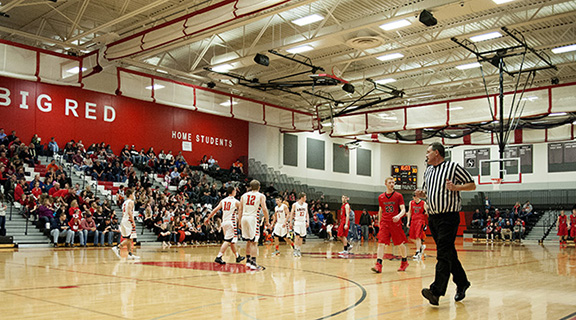