As athletic programs and administrations attempt to resume normal activities in the fall months, a leader among the high school athletic landscape thinks one time-honored tradition may fall to the wayside.

In a recent op-ed post on The Stateline Sports Network, National Federation of High Schools (NFHS) executive director Dr. Karissa Niehoff penned that the elimination of handshakes during athletic events may be one of the bigger victims in a post-COVID-19 world.

The symbolism behind the handshake demonstrates good sportsmanship, respect for one another, and graciousness in victory and defeat.

A handshakes take place at the start of wrestling matches, a mandatory rule in the sport, as well as during the opening coin toss of football games and before the tip-off in basketball.

Following a match, tennis players meet at the net to congratulate one another on the effort just exerted. A similar customary handshake takes place after a round of golf.

Niehoff opined that such things like end-of-game celebrations by players, coaches, and fans involving high-fives and hugs will also have to be re-examined.

“The absence of these time-honored ways to express respect for the opponent does not diminish the importance of displaying sportsmanship in high school sports. In fact, we believe concern for fairness and displays of kindness, respect and graciousness will be more pronounced once high school sports resume; however, the methods of sharing these feelings will be different,” she said.

In lieu of the handshake or high-five, Niehoff offers some alternatives including a “slight bow with the palms pressed together; an air high-five; a smile and quick wave; a double-tap of the right hand across the heart; and a wink with the thumbs up.” 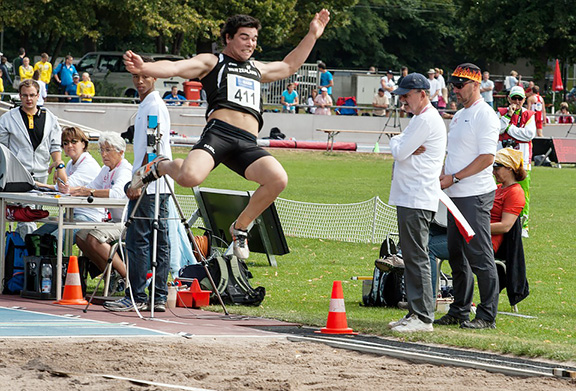